The twitter Bootstrap is one of the most popular front-end web development framework that was created at a company, Twitter Inc, by @mdo and @fat in the mid-2010. The Bootstrap framework is for web designers and developers, that makes the website development process quite easier, reduces development time and it is powerful.

A Video Introduction to Bootstrap

The Bootstrap framework is for all skill levels – beginners with a basic knowledge of HTML and CSS, designers (who are more expert in designing the websites and less in development) and web developers, who are expert in the server side scripting.

The Bootstrap framework is mobile first, responsive i.e. it adapts the “shape” of the device where your website visitor is visiting the website. As such you should expect visitors from any operating system and different devices – from different resolutions of desktop screens to tablets to different sizes smartphones or mobile phones. The Bootstrap makes your website adjust according to the user’s screen so that your visitors won’t see early days ugly scroll bars in the mobile/smart phones and run away immediately. Or otherwise, you had to write different codes for different devices in order to make it more readable, with different navigation etc. Bootstrap enables you to write you just one code that is scaled to any device or screen size.

The Bootstrap framework is the mobile first is really an important point. Historically, just a few years back, the first thing in the minds of developers and designers were desktop or big screen version of the websites. Though, the mobile end was also in mind but it was a secondary phase, generally. However due to the fact of fast grown and still growing mobile industry with over 1.2 Billion mobile web users worldwide and growing, where around 25% of web users are mobile only in the US and over 10 billion times mobile applications are downloaded; mobile first makes Bootstrap framework even more attractive. This feature is included in the Version 3 of Bootstrap as part of the default CSS. The earlier version had to use another CSS part to achieve responsiveness. 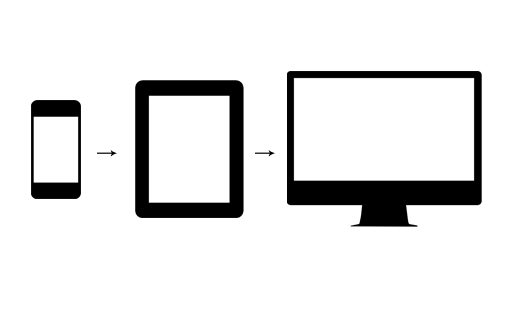 Bootstrap is an open source project. This is now hosted in GitHub that can be located here: https://github.com/twbs/bootstrap.

The Bootstrap was basically served as the Twitter Blueprint. It was created by a Twitter’s designer and a developer in the mid-2010 before it became an open source framework. Within the company (Twitter), Bootstrap served as the styles guide for internal tools development and still doing so.

Twitter Bootstrap has two major rewrites, V2, and V3 while it had over twenty releases, since the original release, back in Aug 2011.

You will find using these CSS features or JavaScript components with examples in this tutorial.

What this Bootstrap tutorial will cover

This tutorial will cover Bootstrap features and how to design themes with Bootstrap along with components in V3. The features like Bootstrap CSS, tables, dropdowns, bootstrap forms, buttons, tooltips, icons etc. chapters can be found on the left navigation of this website. Also, important JavaScript plugins like Modals, ScrollSpy, Popovers, Alert Messages etc. are covered in this tutorial with examples. Go to left navigation to find complete lesson of any topic.

Before you go to the next chapters, here is a basic Bootstrap based theme where you can see how easy it is to create a website using Bootstrap framework. It will show commonly used components found in different websites. You can also experience proceedings online by clicking at “Experience it online” or can copy paste to your local system to see it at your local machine.

The target is to create a website landing page with a navigation (menu) on the top followed by a carousel. After that, we will create four “columns”. Two columns with information, one with a sign-up form and the right most with another navigation to other web pages. Finally, we will place a footer with the copyright info.

The final landing page will look as this (click the link):

At this stage, I will recommend downloading Simple Bootstrap for this demo which is a compiled and minified CSS, JavaScript, and Font. This is the minimum requirement for your website in the Live mode as well. Download and unzip it. The file structure including our index.html demo file (explained in the next section) should look like this:

Open your text editor and create an index.html file.

The first line of code will be <doctype> declaration. As Bootstrap is based at HTML 5, we will declare it by using HTML 5 declaration as follows:

In order to use Bootstrap framework’s CSS, its components or JavaScript you have to include some files in your web pages as follows:

Including CSS in the <head> section:

Including jQuery and bootstrap.js in the <body> section just before </body> closing tag as follows:

The code until now will look like this, including the title:

The next step is to create a container, which is a main div that will contain the whole web page. We will use container CSS class in the main div element. Next is an <h3> heading that will appear on the top followed by the menu bar or navigation bar. First, have a look at the code and output then I will explain what we have done!

Just paste this code after opening <body> tag, if you are doing this in your local system:

As you can see, the <h3> will show main title of the page that appears above the menu bar. Below that navigation bar is started by:

The <nav> is an HTML 5 tag that is assigned to navbar and navbar-default CSS classes from the framework.

After that, we have a <div> container that contains navigation bar. Our demo navigation contains a few links and a dropdown with “products”. A small form with site search facility is also there by using the Bootstrap’s form.

Next section is creating the carousel with three images sliding. You can see sliding images with proceedings online by clicking “Experience this online” below or copy and paste if you are doing it at your local machine. You have to place the images in the “images” folder at the same location where the “index” file is created.

The next section creates four columns, including two columns with the main “product” or “service” or “feature” info. Next one is the sign-in form, followed by the in page navigation with links.

To properly differentiate the section, we have added <hr/> tag to add horizontal lines.

And finally another <hr/> followed by the footer section, by using the “footer” class in the div element.

The introductory chapter only explains, what is Twitter Bootstrap framework and a straight forward example of creating a bootstrap based landing page.

The next step is to learn, what are CSS features and JavaScript components provided by Bootstrap. You may find chapters at the left navigation about bootstrap CSS, bootstrap table, forms, bootstrap modal, carousel and other useful features.