You most probably have been using the online dictionary for English to English or some other languages to find out meanings of words. Similarly, the online thesaurus to find out a group of synonyms or related concepts or word’s meanings that you know and find out words for those meanings.

In this guide, we are going to list top and well-researched dictionary and thesaurus apps for your smart phones. For each app, the download links are given for iOS or android phones or other wherever available.

Dictionary.com is a popular website to find out meanings of words for various languages. The main is English to English, however, Spanish to English and English to Spanish dictionary and translation is also available online. 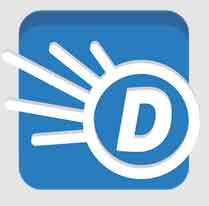 They also developed a free app, Dictionary.com that you can download in your android or iOS and other smartphones free of cost. The dictionary.com’s app has plenty of features including:

The free app has an overall rating of 4.6 in google play store (as we are writing about it) and it has been installed over 10 million times in android phones only. The size of the app is also reasonable ( around 5.6Mbs) while you need version 2.3 or up for android OS. 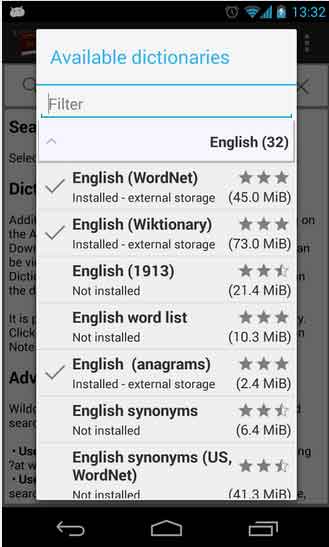 The offline dictionary works by downloading dictionary to your SD card as the app is launched. Once a dictionary is downloaded, you can perform friendly searches (wildcard).

The definitions from dictionaries can also be read by using text-speech module – varies device to device while a few do not support.

A negative point about the app is, this is ad supported when using in free mode. However, if you buy it the ads will be disappeared.

The app has good ratings of 4.1 in google app store while it has been installed between 10 to 50 million times (as per google play stats).

You will see mixed kind of comments from users who have installed Oxford Dictionary of English app at their smartphones. This is the digital version of hard copied oxford English dictionary with plenty of features and huge vocabulary with British and American words distinguished along with pronunciation. You can enjoy it more if using paid version, however, the trial version is also available. 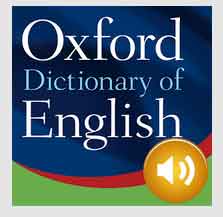 A few features of this oxford dictionary app include:

The Advanced English and Thesaurus free app is chosen in our list of apps because it is a bit different to other available dictionaries. The dictionary uses an innovative format in that verbs, adverbs, nouns and adjectives are grouped and interlinked based at semantic and lexical relations.

The dictionary shows definitions of words along with how each word is related or linked to other words. The criteria of linking of words are based at synonyms, hyponyms, similar and opposite words.

Around 140000 words’ definitions are available in that dictionary and thesaurus. The word definitions also include examples that how you can use it, that makes it really easy to understand and use those words in writing and speech.

The search facility is quite comprehensive. You can use the app in both offline and online modes. The offline mode works by downloading the whole dictionary.

In google play store, with 1 – 5 Million installations and overall rating of 4.1, this app worths trying it.

This app is ad supported as well, that can be annoying. But this is the way to make some money or maintaining server and development costs in order to maintain a free app.

With over a million to five million downloads from google play for android users with an overall rating of 4.1, this user-generated dictionary is in our list of dictionary apps at the last number. While small in size, just around 2MBs, this official Urban dictionary app has good definitions of words and phrases managed by users themselves. You will see a lot of likes and dislikes for definitions. 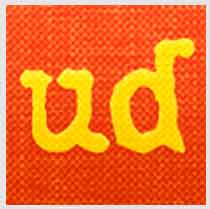 A few of the main features of this urban dictionary app include: